We employ a world-class roster of social media marketing professionals, all based in the USA. 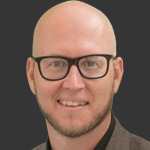 Jerry’s first passion is writing, and that is quickly evidenced with a quick glance at his background. After receiving his BA in English and a minor in Professional Writing from UC Santa Barbara, he has since worked as a reporter and editor-in-chief at two newspapers in his hometown.

He made the move from journalism to public relations, and for the lion’s share of the past seven years he led accounts for a PR and marketing agency that specialized in representing video game developers and publishers. He has since ventured on his own to offer his services of professional writing, public relations, outreach, copy editing, online marketing, IT and networking, event management, web design and SEO to several businesses and institutions.

When he’s not on his computer TCOBing (Takin’ Care Of Business, of course), he can be found out in his yard, either planting, mowing, weeding, working on something or just lounging in the sun, enjoying an adult beverage on his patio.

Christine DeGraff has over 17 years experience in web development, SEO, and Internet marketing. Christine is one of the co-founders of the software company Circloscope whose flagship product is a circle management tool for Google Plus.

Prior to founding her own web development company in 2007, Christine spent several years as the lead programmer for the Philadelphia Flyers as well as several years for RealTime Media developing online sweepstakes & instant win games for clients including Maybelline, MasterCard, Old Navy, Kodak and The Philadelphia Eagles.

Since his youth, Charlie’s penchant for technology, computers, and an almost super-human ability never to lose at Street Fighter 2 made a career in technology inevitable. He earned a BS in Agribusiness from Cal Poly – San Luis Obispo and has been working for over six years in SEO and Digital Marketing.

He appeared in a television infomercial once but has taken steps to ensure nobody will ever find evidence of that.

When he’s not helping businesses and algorithms play nicely with each other, you can probably find Charlie outdoors taking a hike, exercising with his dog or learning some new music on his guitar.

Marissa loves all things social media, hence why she quickly fell in love with the field. She loves to help exposing businesses to the power of social media and seeing the joys their faces when they get results. She’s also a freelance writer, with a specialty in travel and outdoor adventure articles. Having dealt with a variety of clients, she has experience with marketing, SEO, coding, and social media to name a few.

When she’s not working, she also runs her own travel blog that focuses on adventure activities around the world. It’s safe to say there’s never a shortage of topics to write about or images to post on social media.

An adventure junkie, she recently got certified in scuba diving and makes it a goal to dive in whatever ocean she’s near. If there’s snow around, you can find her in the mountains snowboarding.

When not doing social media management related work, Kirsten spends her free time writing on a range of subjects, hiking, and being entertained by her cats.

Elise Jones spent her formative years in upstate New York. She pursued her education in art, journalism, and media studies, and has worked in marketing in one form or the other for her entire career, most recently in the publishing industry.

She co-founded a start-up non-profit that created and developed online courses in plant-based nutrition for Cornell University and ghost-wrote a New York Times Bestselling cookbook that was a tie-in to the Oscar-shortlisted documentary Forks Over Knives. She is active in the plant-based community and in her spare time loves to travel, eat, and cook as well as enjoy the outdoors with her husband, two children, and lazy Pitbull mix, Nadia. She spends a lot of time reading, and always does the NYT Sunday Crossword in pen.

Fueled by a curiosity to understand the psychology between human behavior and brand selection, Cynthia pursued a career in marketing, obtaining a Bachelor in Business Administration with concentrations in marketing and advertising from Florida International University.

For the next 8 years, she worked with advertising agencies, startups, and PR firms to support integrated marketing communications campaigns for global clients such as Colgate-Palmolive, Corona Extra, Janssen Pharmaceuticals, Burger King, and Motorola.

Her intimate relationship with digital marketing reached a new level with the launch of her own online handmade business, which sells apothecary products to customers, retail chains, boutiques and yoga studios all over the world. She loves connecting with her audience and figuring out engaging and effective ways to drive more sales.

When she’s not in front of a computer, she’s lifting weights, skiing, backpacking through the Pacific Northwest, brewing homemade kombucha, and cooking with ingredients from her garden.

Tony comes to the Steady Demand Team as a franchise space specialist with over a decade and a half of extensive experience in franchising, including sales & development, operations, franchise brokerage, and franchise-specific market research project sales. He also brings a strong marketing, advertising, and lead generation background to bear. He has won new business and established new markets in the US, Canada, Mexico, The Caribbean, Central America, and South America, as well as Europe. He has run his own business, run businesses for others, and acted in the role of a consultant to business owners. All the while, maintaining a sales and business development-based focus.

Toyota, Aetna, Centerbrain International, Network Communications, HomeTeam Inspection Service, and FRANdata were some of the stops on the journey. Tony specializes in building relationships and making sales to all levels of prospect, ranging from potential small business owners to Fortune 500 executives and private equity firms. Tony looks forward to the challenge of helping to grow Steady Demand.

Mr. Lindahl started over 16 companies over the past decade, including Touch Support, LLC, an outsourced technical support and server administration company.

After selling Touch Support to The Planet (now IBM), a managed hosting company and the world’s largest dedicated server provider, in 2008, Mr. Lindahl worked on new products and services for The Planet’s marketing group.

He also served as an editorial advisor to Ping! Zine web hosting magazine, general manager at TheHostingNews.com, and Advisory Board member at Attracta. Mr. Lindahl holds a B.S. from Purdue University in Information Systems.