Google just announced that they now allow regulated goods back into Google My Business manager.

Previously, Google would not say whether they would allow businesses like liquor stores, gun shops or other businesses that offered regulated goods to be verified on Google Maps.

If you were a business owner who owned a local shop in a regulated industry, you understand how frustrating this has been.

But why did Google do this, historically?

The close connection to Google+ and Maps caused GMB listings to fall victim to suspensions because of policy violations. The reason for this was that Google+ was seen as an advertising platform, therefore these types of businesses violated Google’s strict policy.

Now that they are not connected in the traditional sense, Google is allowing companies with regulated goods to claim listings on Maps.

What still does not make sense is what will happen in the future, since Maps is also an advertising platform. We’ll have to wait on Google to clarify this.

Before today, what would happen is this, a business would show on Google Maps as unverified, there would be publically available information (often inaccurate) along with reviews (unanswered) and in the most extreme circumstances the listing would have the wrong phone number or be listed as permanently closed.

The business owner would try and claim the listing into Google My Business and then be met with an error. What was really happening was Google was looking at the category and automatically declining the claim.

However, the good news is that now businesses that sell or provide the following regulated goods or services may be listed on the map provided that they comply with the existing GMB guidelines for eligibility

Additionally, businesses that sell or provide regulated goods or services must also comply with local and regional laws.

Many have voiced concerns with how Google previously handled regulated businesses. If someone is searching for a liquor store, tobacco store, or gun store in Bing or Yahoo they can easily get 10 businesses results in that city. However, the same search in Google would show the user zero local results.

This was a frustrating experience, both for users and business owners alike.

Take one of our clients for example–they are a Gun shop in Northern California and have had a lot of trouble working through Google’s varying constraints. We worked with them to develop a massively successful Google+ presence with a high level of engagement, followers, and Collection followers. This initially gave them a great local SEO visibility (as many of our previous case studies have proven) and helped with their GMB identity as a whole.

Because of the work we were doing, they were getting over 400 phone calls per month from both Google Maps and Search.

However, because of the prohibitive policy, their Maps listing was revoked and their page has been blocked. They have since seen a sharp drop in phone calls and have been hindered from creating an accurate local Maps presence.

As of today, however, our team will be able to take back control of their listings, verify their local presence and begin rectifying all of the barriers they’ve encountered up to this point.

Needless to say, our team and many other local, regulated businesses are very excited about these positive changes the Google My Business and Maps teams are making. As a white label local seo services company we are too! 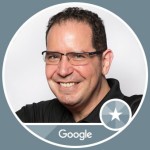 Ben is the co-founder of Steady Demand, a local SEO and social media company. The team at Steady Demand specializes in helping clients fight map spam, navigate the most complex Google My Business issues, and troubleshoot ranking issues on Google.